Habitat for Humanity contest entries on display at Vienna ReStore 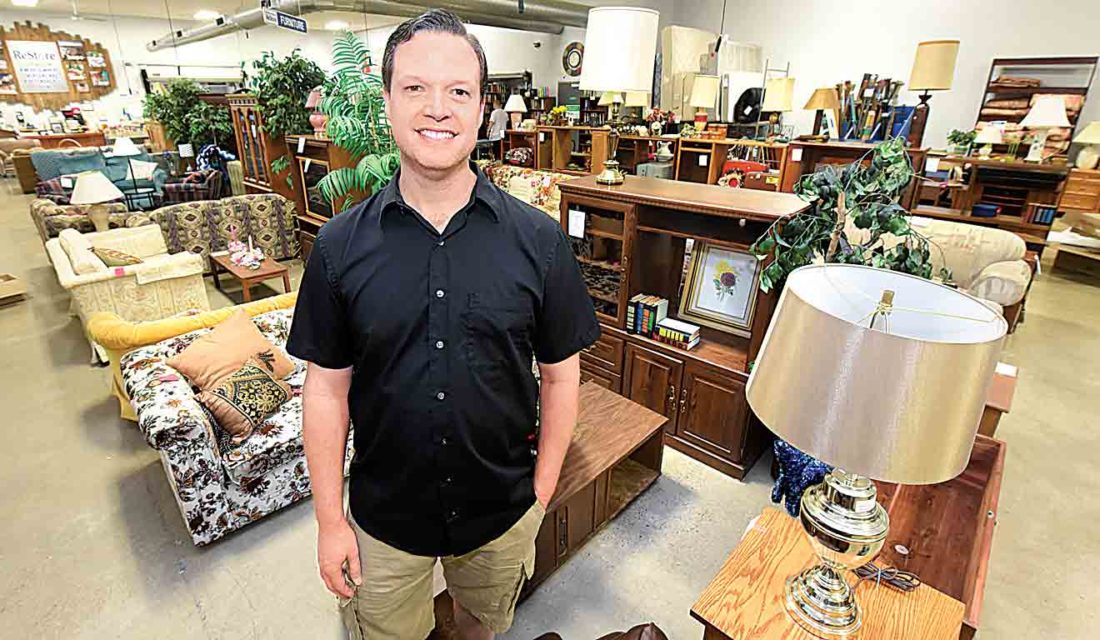 Photo by Jeff Baughan Ben Bradley, Habitat for Humanity of the Mid-Ohio Valley ReStore director, stands among some of the items at the Vienna location where the ReStore ReDesign contest is being held. Bradley said he has received a higher quality of entries than the first year in 2017.

VIENNA — The general public still has a week to cast its vote in the Habitat for Humanity Restore by ReDesign contest.

Contest entries are on display at the ReStore display room at its 16th Street location.

“This is our second year to host the event and while we received about the same number of entries this year, the quality of the pieces is overwhelmingly high,” said Ben Bradley, Habitat for Humanity of the Mid-Ohio Valley ReStore director. “Several of the items were purchased at ReStore and have returned in a totally different look.

“This year we expanded the transformation to allow just changing the visual or updating the style,” he said. “Part of the mission of the ReStore is to keep useful items out of the landfill and this contest allows us to do that and it is a great opportunity for local artisans to showcase their talents while supporting Habitat for Humanity.”

The 12 entries are donated to the ReStore. Three semifinalists are selected by a panel of judges and the fourth will be selected as the People’s Choice,” he said. “ReStore patrons can stop in and vote for their favorite piece by making a cash donation toward the item.” 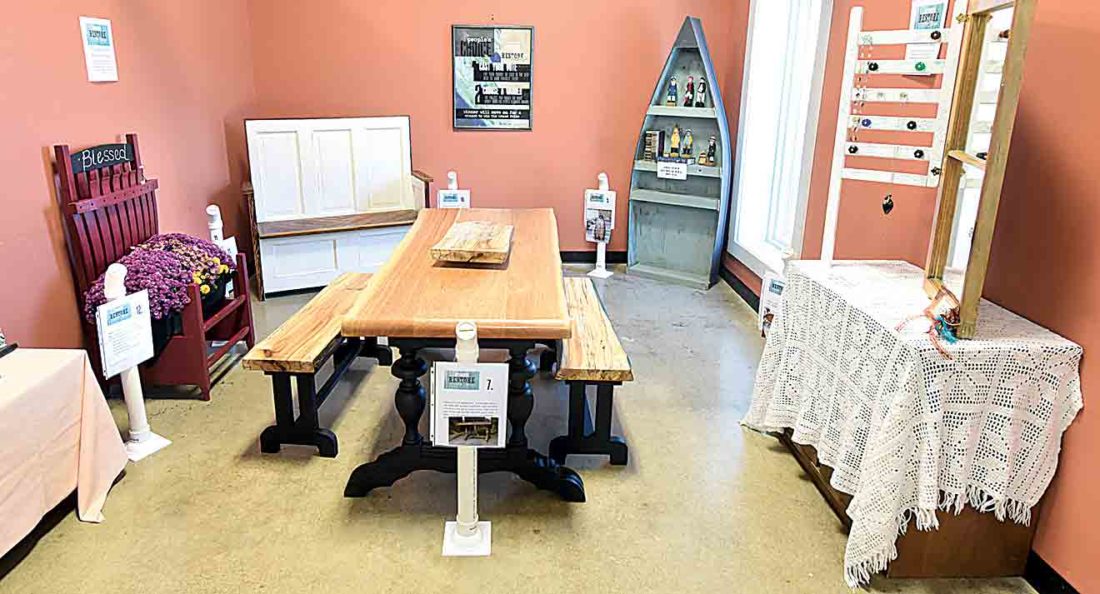 Photo by Jeff Baughan ReDesign entries are in what is usually a room display section at the 16th Street store in Vienna.

Bradley said ReDesign allows “someone with some skill and imagination, who can see something other than what is in front of them, and turn it into something else which has an incredibly high quality in looks or decorations.”

Wednesday morning ReStore announced the winners in the ReStore ReDesign contest, which is sponsored by Woodcraft this year. The winners are: 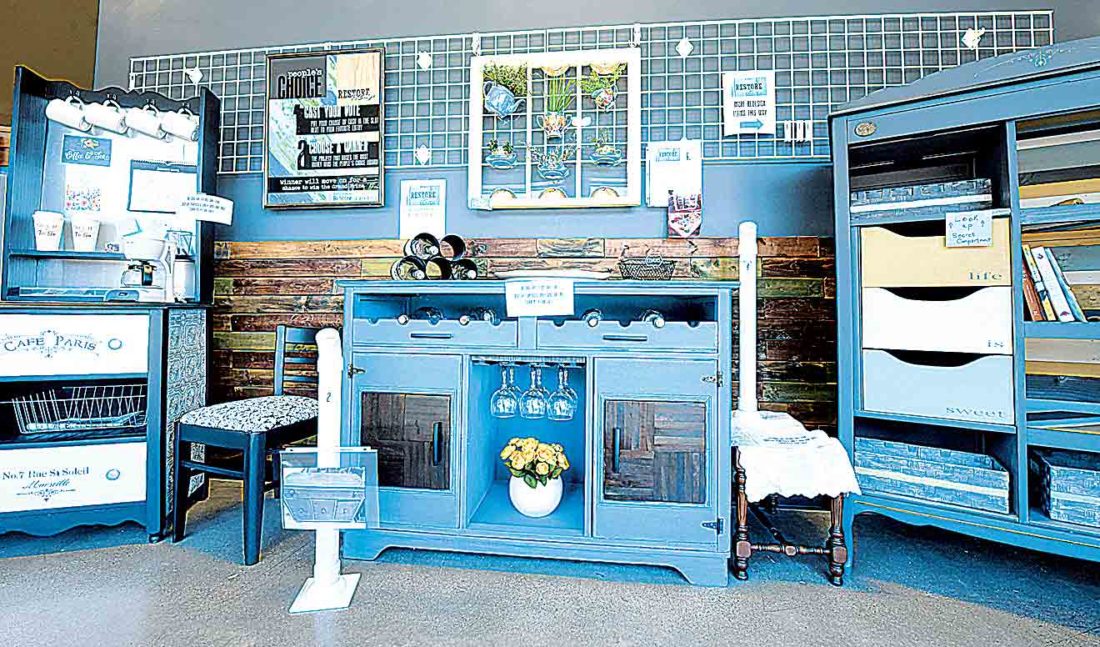 Photo by Jeff Baughan The public can vote by depositing money in the white PVC pipes, which have been turned into banks. People can vote with either coin or paper money.